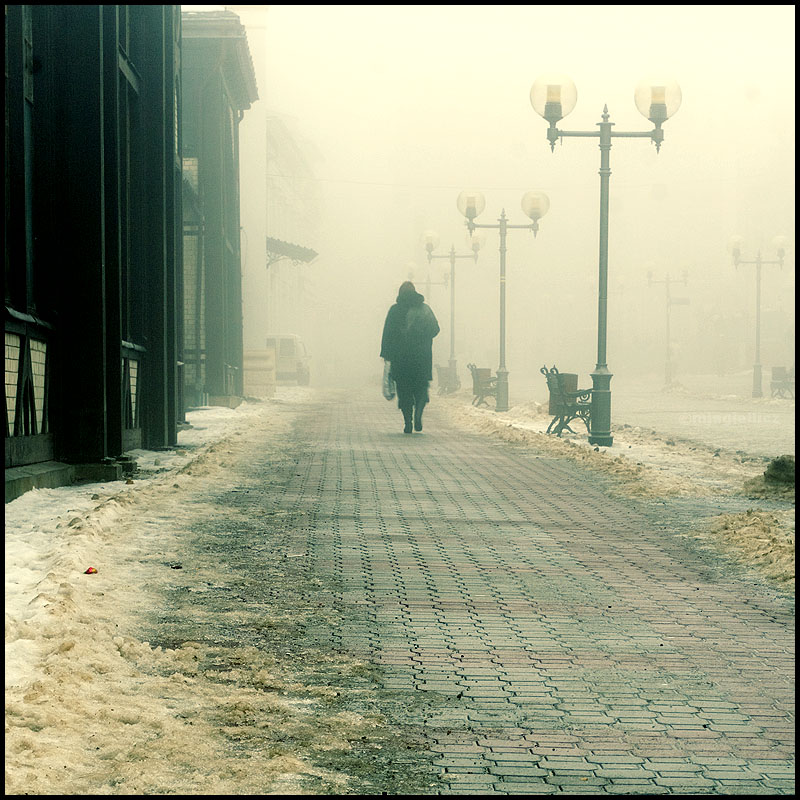 “Hullo London.”
“Hullo John Constantine.”
“How are you then, London?”
“All right. Full of people. Raining. You?”
– Neil Gaiman, Dream a Little Dream of Me

Whenever I think of cities, my mind wanders to his text.  Something about its structure must echo patterns of streets, I suppose.  It has a certain day-dreamy quality that whispers to me of urbanomancy… perhaps an unspoken connection to Fritz Leiber‘s Megapolisomancy.

I have a soft spot for the idea that cities have something akin to a spirit:
An egregore of all the accumulated centuries and millennia of day-to-day life
– with all its day-to-day theatre of comedies, tragedies and banalities –
so that the years of accumulated patterns breed a spirit of their very own… an impression of what one might be, in this city.

They are like great architectural klein bottles, both defining and defined by everything that they encompass.  What does a city require, in order to be a city? How much could you take away from it, before it became something else?

I think it is complicated to delineate what might and might not be alive.
Sufficiently complicated interdependencies could arguably boast a “life” of their own… cities breathe, they shit, they eat (in their own ways) they require certain things to survive.  Our arrays of streets and alleys process information: pedestrian megabytes, channelled one way or another to trip urban flags… working industrial neurons…. changing pathways… returning products…

“Cities & Memory 3 […] The city does not consist of this, but of relationships between the measurements of its space and the events of its past: the height of a lamp post and the distance from the ground of a hanged usurper’s swaying feet; the line strung from the lamppost to the railing opposite and the festoons that decorate the course of the queen’s nuptial procession; the height of that railing and the leap of the adulterer who climbed over it at dawn; the tilt of a guttering and a cat’s progress along it as he slips into the same window; the firing range of a gunboat which hassuddenly appeared beyond the cape and the bomb that destroys the guttering; the rips in the fish net and the three old men seated on the dock mending nets and telling each other for the hundredth time the story of the gunboat of the usurper, who some say was the queen’s illegitimate son, abandoned in his swaddling clothes there on the dock […]”
– Italo Calvino, Invisible Cities 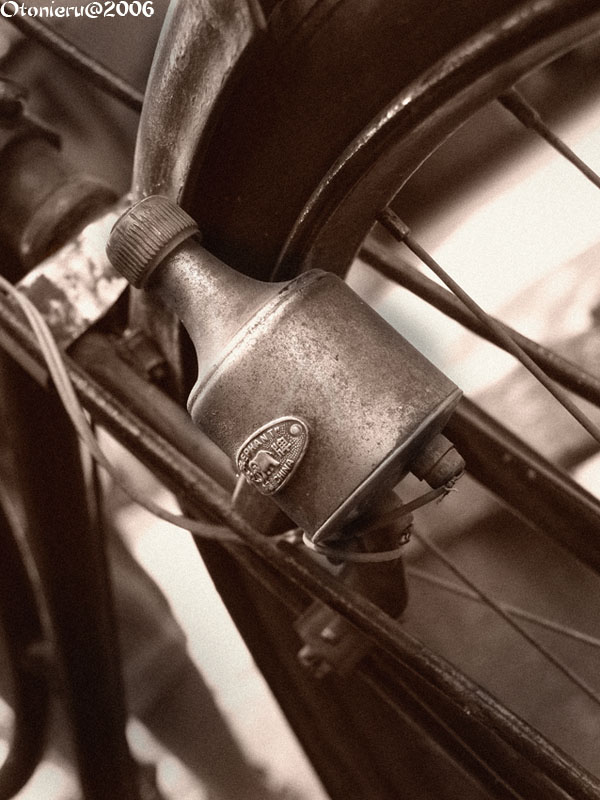 For years now, I have toyed with the idea of pulling apart one of those heavy old bicycle dynamos, from before the times when everything we build became streamlined and fragile, to make of it something more.

These little steel powerplants always remind me of the urban warrior at his purest – the lack of reliance on batteries has a wonderful old school feel, and I can’t help but appreciate the idea of drawing energy from the city streets… as if pulling power up from the tarmac.

For a million dollars and a cup of coffee,

I would… I would etch into long strips of paper, all of the things that I wish I could say to my city.  I would encode an endless sigil of praise for slow wet morning bus rides, when rainwater drips from my hair into the ink on my page.  I would tell it how I love the rushing reflection of carlights on tarmac, how the whisper of its traffic nurses me to sleep every night.  I would scrawl my thank-yous for all those long dreamy walks through the parks, for the flickering shadows of passerbys, passengers in my endless urban life.  I would confess in fevered runes, the way my heart swells at the sight of dawn’s light, gently brushing its brickwork faces.  How I hold my breath when the wind gutters through its skyscrapers to buffet at my back like an impatient companion.  How I look up and wink when I think no one else is watching.  How I secretly love the cold and rain, because I get to have the streets to myself… 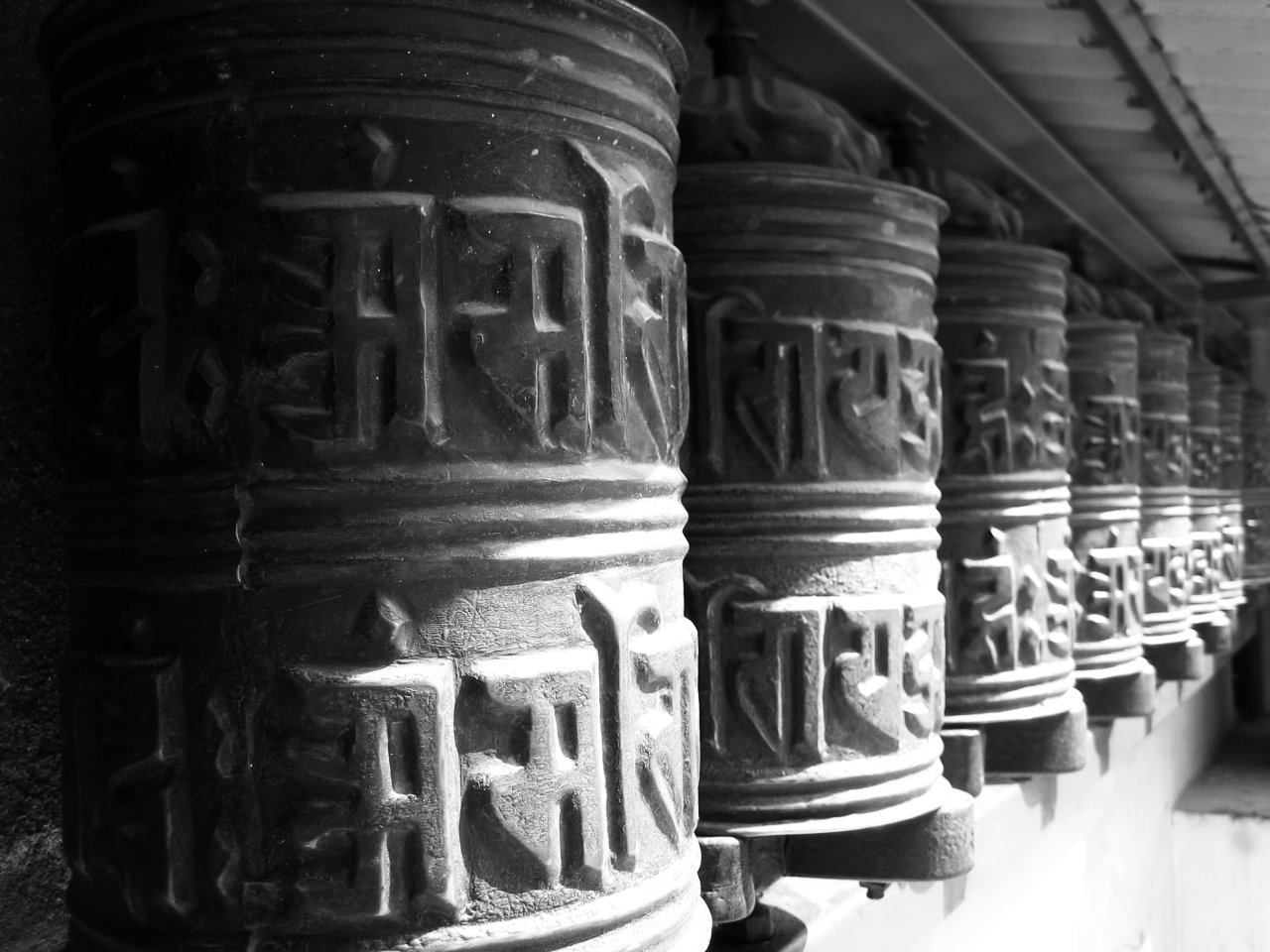 I would write out my endless urban lovesong and roll it up tight into the shell of this old dynamo, and turn it into a strange new prayerwheel.
Then, everywhere that I go, as the rubber of my tyres rushes against the concrete, my journey would leave a secret caress across the skin of this great spiritus urbani.

A long-lined promise of love.