How Many Miles to Babylon? 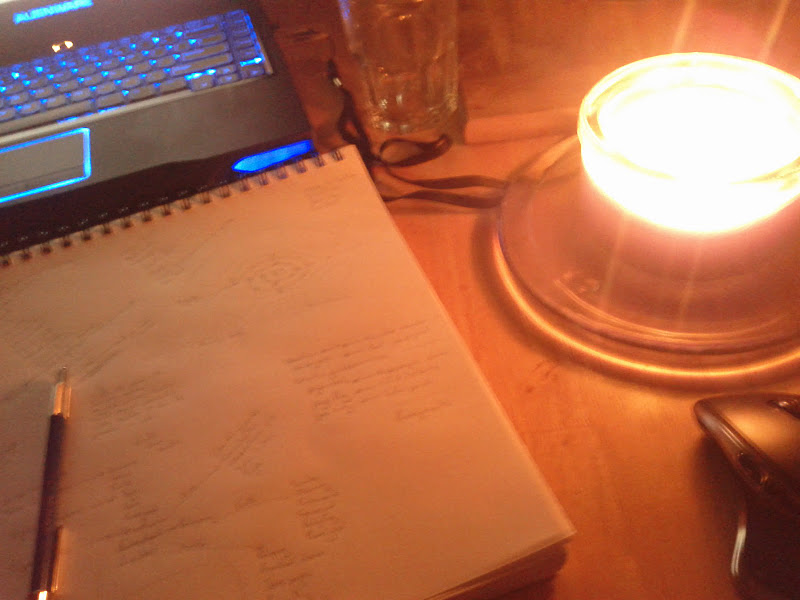 So, the power blew out.

The power blew out, and I spent half-an-hour looking for the fuse box before I realised that all the lights were out on our block…

Probably not the fuses, then, at least not our fuses.

Eventually, I found an old scented candle (pictured above, shining like four hundred billion suns) and, even more eventually,* the Musician put an end to my hapless search for fire…

…half of the battle is knowing where to look, it turns out.**

We’re two weeks away from the end of Term One of our VFS Game Design Adventure.  I feel like I haven’t slept properly in centuries, and every sign points to the possibility that it will get far, far worse before it gets better.

Honestly, aside from momentary lapses in which I wish a slow and ignoble death on all that surrounds me, there is something remarkably buoying about working on projects and techniques and ideas that genuinely interest me… and I don’t think it’s something that I would enjoy half as much if I had not experienced six-or-seven years of Camus’ absurde “métro-boulot-dodo.” 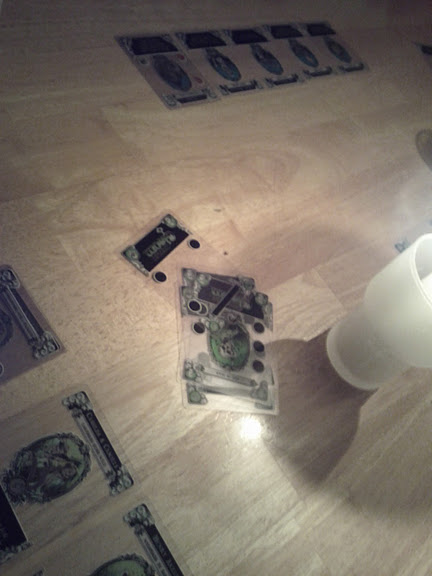 In those dark moments of frustration and despair, as my skull throbs with the influx of new information, I can’t help but remind myself that I used to devote just the same energy and perseverance performing tasks that mattered to me not-at-all… and here I am now:
A Game Designer.

Today, among other things, I gave a presentation on the Hero’s Journey in Øvredal’s Trolljegeren, then I finished off a moustache-based healthbar (seen looping below) for a theoretical game entitled “the Barbers of Barbary,” and I continued work on a necropolitically-themed boardgame in which players vie for the funeral prayers of their dead relatives…

Seriously: What did you do today? 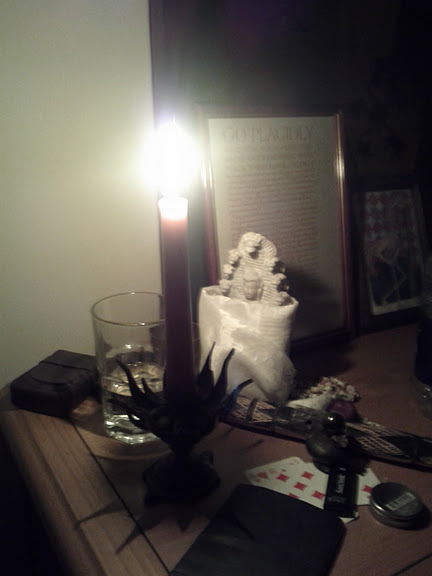 And yes; I regularly sit back and think “holy-sh*t-how-the-h3ll-am-I-going-to-do-that,” but then I lean forwards, and you know what?

I love it, because I can almost physically feel my horizons expanding… I now know more about funeral rites throughout the world than I ever thought possible, I know about 19th Century beard styles, I know about the Criminal Justice and Public Order Act of 1994, and the end of the English rave movement…

Better still: Isn’t it insane to think that I could possibly be spending all that energy perfoming tasks and functions that I have no personal investment in, beyond the ultimately banal goal of my own financial support?
Isn’t it insane that I once lived in a world in which I did not brainstorm “ways to make energy-saving fun” after breakfast?

So, I guess I am writing to tell you that my feet are nimble and light, and it will take a lot more than a powercut to stop me.

Now, if you’ll excuse me, I have miles to go before I sleep.

* I know, I know, that’s not even English.
** That… and I would make a terribly Prometheus.

[1] Jesse Schell, The Art of Game Design: a Book of Lenses